Will You Be a Match for the Greedy Goblins? 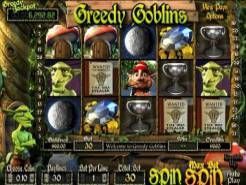 Play Now
Goblins don’t tend to show up on slot games very often, but their appearance here is nothing short of impressive. That’s because the game offers up some seriously-good features. But then, you’d expect nothing but the best from Betsoft, are we right? With 3D gameplay and lots of detail, this game is a surefire hit.

This game is built around a tried-and-tested format of five reels and an array of 30 paylines.

A range of coins between 0.02 and 0.50 is in play here. You have the option to spend up to five coins on each line as well if you like.

Watch out for any appearances of the wooden hut, because this is a wild symbol. It’s also an expanding wild, and you will get one, two or three re-spins with it held in place. You also get other symbols that are pretty cool, such as the gold coins. Whenever one appears, you might just see goblins running in to steal them. If they do, other symbols will fall into the vacant spaces, which could give you another chance at winning. We say another chance, because the gold coins themselves will award you a prize too.

Want some free spins? Look for the Elfania sign and hope for three or more to get 10, 15 or 25 spins according to how many signs you found (three, four or five of them). You might also get the benefit of having multipliers worth 10x your prize if you win something. If you should find the Book of Secrets on the second and fourth reels on an activated payline, you will be able to steer the goblins to help them steal the elves’ ideas. Every successful steal is worth a prize for you, but try and avoid the collect message for as long as you can. Finally, if you manage to get five elves on an activated payline, you will win the progressive jackpot! How cool is that? It will be in direct proportion to the size of the bet you are playing with, but of course, it’s a long shot to try and win it.

The Greedy Goblins are certainly ready to try and snag whatever they can from the elves. However, this is good for you, so play the game now to have some fun .
Play Now 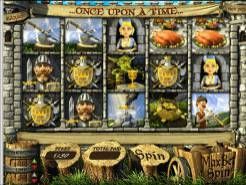 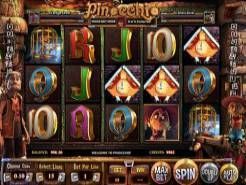 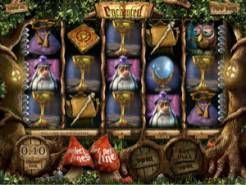